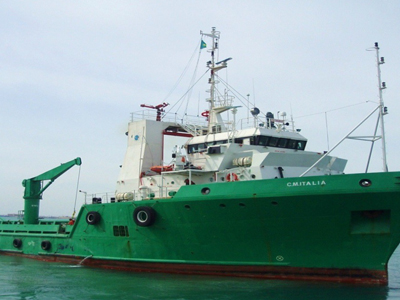 CM Italia has arrived in Baku International Seaport for reinstatement of its masts and fire monitor tower which were removed for canal transit to the Caspian. The vessel is an 80t BP AHTS and will be used for rig anchor handling and jacket towout projects in the Caspian along with the sister vessel CM Cormorant which is due in Baku later on this month.